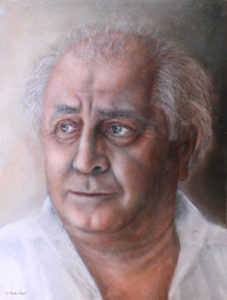 Recently I have started painting portrait of Flemish technique,
sticking to the tradition 500 years ago 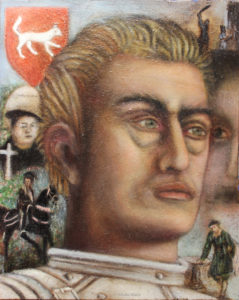 Clement Andersen born the 13.11 1485 was a independent Peasant,
Peasant Rebel Leader, Admiral and Privateer for King Frederick I during
10 years and a War Commander for King Christian II.
Skipper Clement was executed in Viborg the 9.9 1536.
480 years ago in the year of the Danish Reformation.
Skipper was put into a small cage wearing on his head a lead mock crown.
Then steepened. He left behind a daughter, Christinze Clemensdaughter,
who married Poul Popp. Skipper Clement is my 12 x great-grandfather. 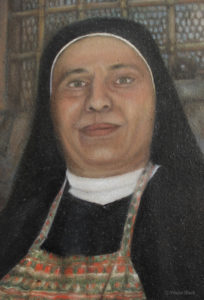